Ever considered setting up your own home photo studio, but gave up the idea due to lack of space and hard earned cash?

Well, it actually doesn´t have to cost you an arm and a leg, plus it is easily stored away in a camera bag. With just a few extra accesories to what you probably already own, you can achieve lightening as with these images below.

I just went out to get myself a nice 2in1 black/white collapsible background from Walimex, so that I could achieve a nice and uniform background when shooting portraits at home. It turned out to be just awesome: it takes 20 secs to unfold and 60 secs to fold back into its case again!

Here are some samples: 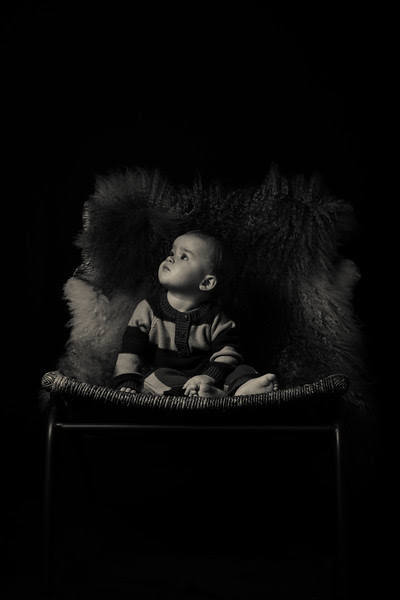 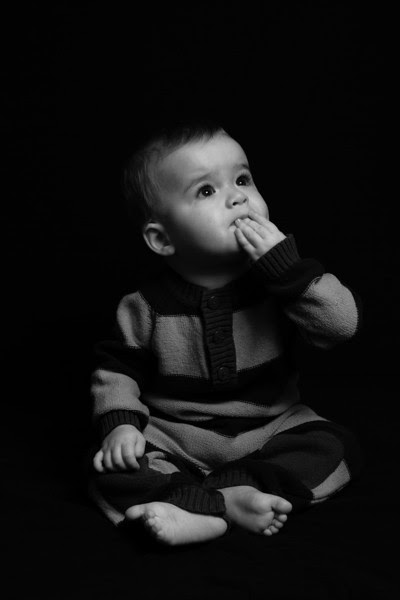 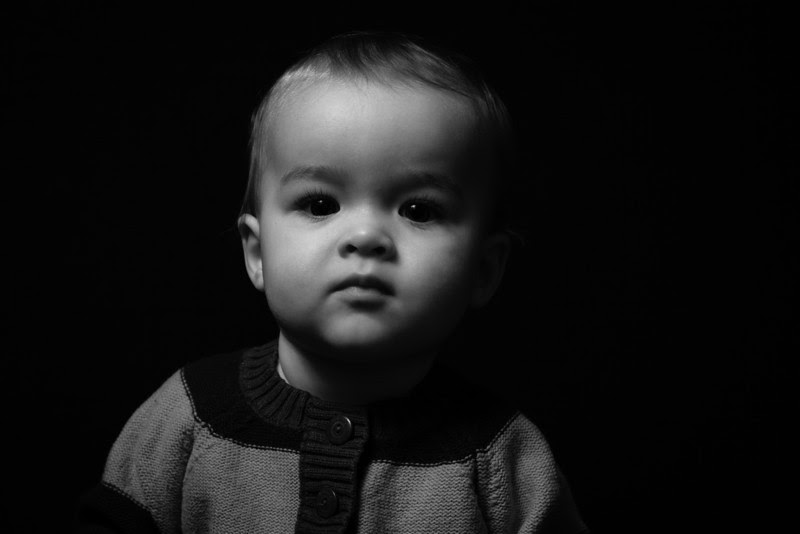 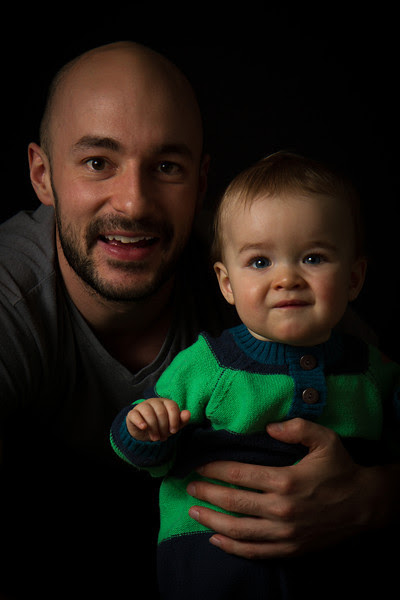 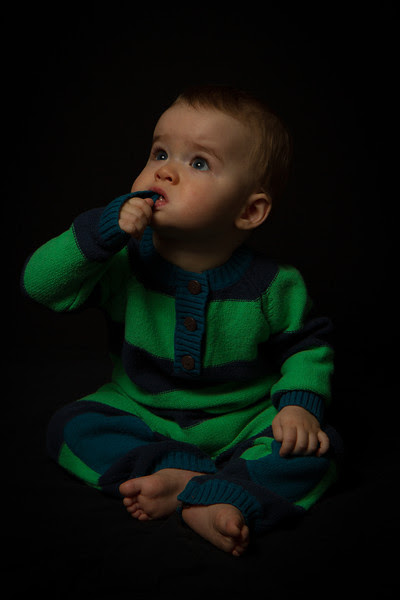 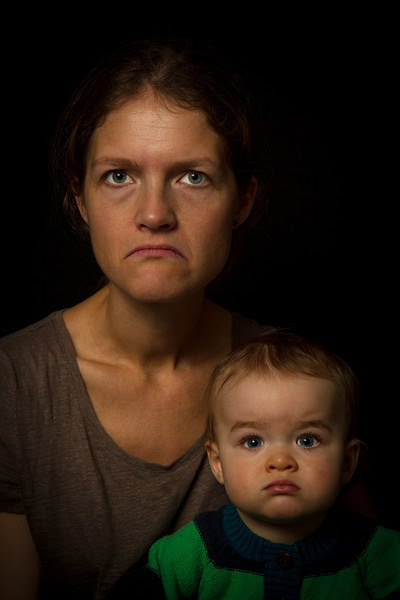 The lightening in these images is as simple as it gets: one speedlight placed at a 45º angle relative to the baby to achieve this kind of dramatic shadow effect on the one side of the face. I aimed the flash in the opposite directon of the baby and used an Westcott umrella placed slightly above the baby´s head, to bounce back and embrace the model with a soft, even light.

Tip: Start out with the flash turned off and take an image - e.g. with the settings above. The models should hardly be visible and you want the background to be black (no window lights should lighten up your nice, black background). Now, turn off your flash, set it to manual at a low setting (e.g. 1/64 of full power) and adjust the power up or down if you are way out of league. If you are almost there, but the image is a little to light, you can go from e.g. F/5 to F/5,6 - or the other way around if its too dark.

Here is an overview over the setup and how the flash/umbrella were fixed: 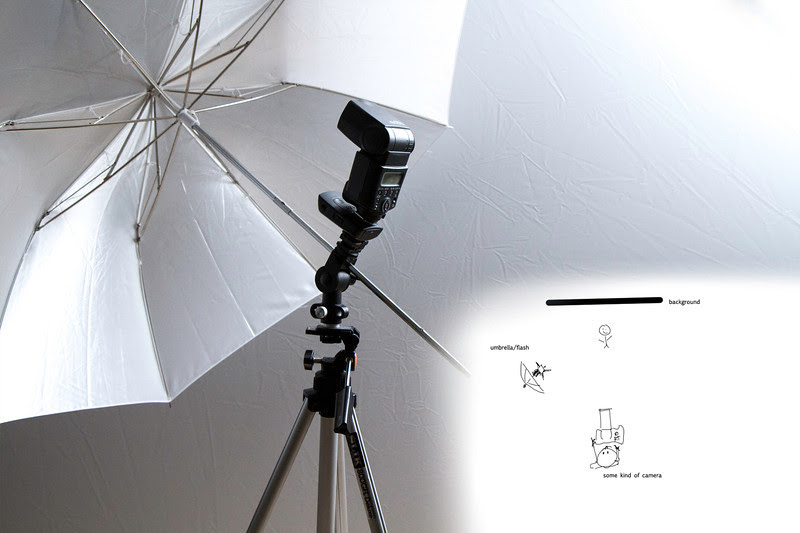 The cheap, but great, Cactus duo V5 radio-triggers were used to fire the flash off camera, and the Wallimex background did its job to eliminate any distracting elements behind the models.

Equipment used (bying equipment via the links below supports maintenance of this site):